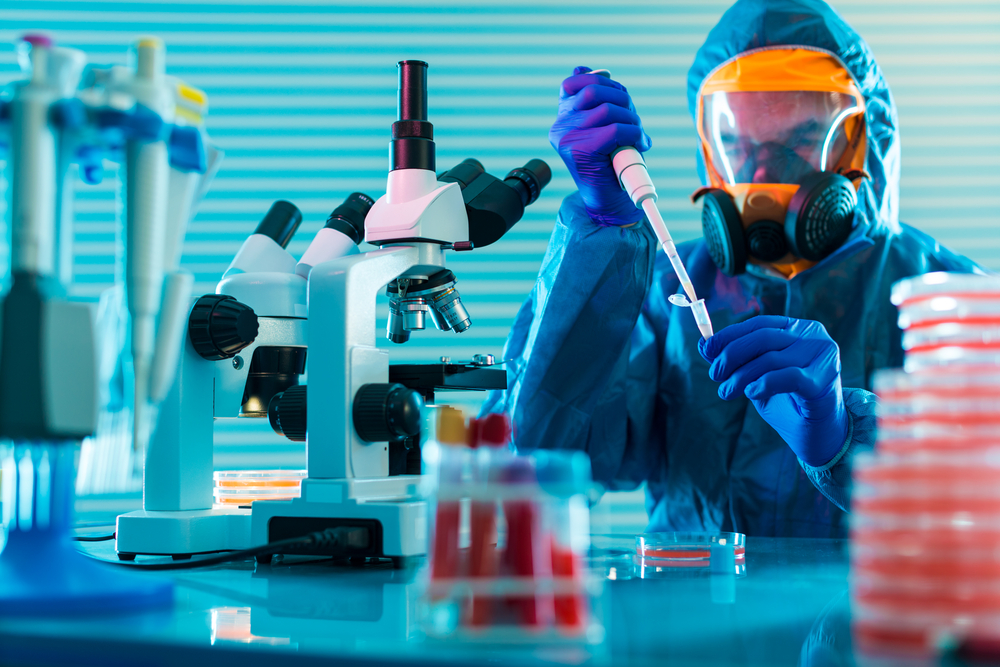 If a dangerous virus like Ebola breaks out anywhere in the world, the time to act is already running. To react quickly and effectively to such crises, Dr. Nadine Biedenkopf, a scientist from Marburg, is researching antidotes. One of them – a natural plant-based substance called Silvestrol – is particularly promising.

It’s a disease that begins with individual patients, whose symptoms become rapidly worse. Then similar cases accumulate in the immediate vicinity of the first patients. Finally, the viral infection overruns entire regions, and countries, and crosses borders. A scenario like this happened in the summer of 2014: In several West African countries, the Ebola virus infected thousands of people in just a few months. Then the wave of disease quickly spread regionally, and beyond: Reports of patients with Ebola fever were appearing globally. At the height of the epidemic, individual cases were reported in the US, Spain and Italy — infected travellers had imported the virus. In August 2014, the World Health Organization (WHO) declared a global health emergency. It was only after one year, in August 2015, that WHO experts declared the emergency to be over – with a horrific end result: 28,000 people were infected, and 11,000 people died from the disease within one year.

0
people died in West Africa in 2015 as a result of an Ebola fever epidemic.
0
other people have been infected with the virus.

Because of the reality of scenarios like this, a team of 20 scientists is being led by Professor Stephan Becker at the Institute of Virology, Philipps University of Marburg. Their goal is to research new active substances so that such epidemics can be contained more quickly – or not break out at all. Dr. Nadine Biedenkopf, an expert in viruses, is also part of the team. “I want to help prevent such catastrophes as the Ebola crisis of 2014,” she explains. For these researchers, the outbreak of Ebola fever in West Africa in 2014 marked a drastic experience, adds Becker. “At first it felt like a defeat. We had been researching the Ebola virus for years, but were still unable to prevent the outbreak.”There is a fundamental problem when it comes to Ebola, explains Becker.

“At present, there is no cure for the pathogen.” Of course, the Marburg researchers hope to change this as quickly as possible. But the researchers have a major challenge. “We don’t know when they occur and to what extent, let alone what pathogen is causing them,” explains Biedenkopf. “This is precisely why it’s important to develop drugs with a broad-spectrum antiviral effect that are not specifically directed against a particular virus, but against the mechanisms that many viruses use at the same time.”

Biedenkopf’s first great success by researching a natural substance called Silvestrol. On the initiative of Professor Arnold Gruenweller from the Pharmaceutical Institute of Philipps University, Marburg, Biedenkopf investigated the antiviral effects of Silvestrol, which is an extract from the Asian mahogany plant Aglaia foveolata. So far, Silvestrol seems to inhibit the production and reproduction of proteins of the Ebola virus. Silvestrol also provides a great advantage, as this natural substance can be used in a wide range of applications. It can fight several different viruses that are not related to each other but have one common characteristic, says Biedenkopf. “They use the same mechanism for their reproduction.” Biedenkopf was awarded the Marburg Biotechnology and Nanotechnology Prize in 2017 for her spectacular discovery. If her hopes are confirmed, the discovery of Silvestrol could be a decisive step on the way to developing a drug that can stop the spread of the virus at the onset of a crisis.

Broader support for the development of antiviral drugs

While basic research at universities is financed by public funds, “the transition to clinical research is very expensive,” said Biedenkopf. The development costs for such medicines are high and usually not economical for pharmaceutical companies. But African countries cannot pay the price either. As a result, Biedenkopf calls for further political support. “Politicians must assume greater responsibility and set up strategies so that antiviral agents with broadband effects can be developed to the extent that they can be used in the event of an outbreak,” she concludes.

Marburg already has the necessary scientific know-how and technical equipment to develop antiviral medicines. The Institute of Virology at the Philipps University of Marburg has one of about 20 high-security laboratories worldwide that offers outstanding conditions for research into highly pathogenic germs such as the Ebola virus. For example, during the 2014 Ebola crisis, the Marburg virologists were already significantly involved in the development of the rescue vaccine, a material which ultimately resulted in the successful containment of the Ebola crisis.

The consequences drawn from the Ebola crisis in Marburg have decisively changed the work of the researchers. “We are now focusing more on applied research,” says Prof. Stephan Becker. “Once the crisis is here, it is actually far too late to develop effective antidotes,” he adds. They are well-aware that every day that researchers need to bring a suitable drug onto the market costs human lives. Nadine Biedenkopf now wants to build on her previous successes. As the next step, she is planning preclinical studies to test the side effects of Silvestrol – in order to save many lives in the long term.

Ebola, also known as Ebola fever, is a life-threatening viral disease. It is transmitted through direct contact with the blood, body fluids and organs of infected people. The disease is fatal in 25 to 80 percent of cases. Initially the disease manifests as flu-like symptoms, followed by vomiting, diarrhea and bleeding. A vaccine is currently under development, but there is no specific treatment available.

Ebola first broke out in the Democratic Republic of Congo in 1976. Most of the people who came into contact with the virus died. Since then, Ebola epidemics have occurred in several African countries. In December 2013, Ebola broke out in Guinea. From there, the disease spread extensively in West Africa, including Liberia and Sierra Leone. As a result, the World Health Organization (WHO) declared a global health emergency. According to WHO, more than 11,300 people died, and it has been the largest known Ebola outbreak. In 2018, the Ebola virus occurred again in the Democratic Republic of Congo – with more than 2,500 people infected and 1,600 deaths to date. WHO again declared an international health emergency.