Cardiovascular diseases are among the most frequent causes of death worldwide. Scientists around the globe are therefore currently conducting research into cardiac insufficiency, infarcts, pulmonary hypertension and atherosclerosis. Their goal: to better understand what happens at the molecular level in the development of cardiovascular diseases. The researchers aim to decipher the connections in the gene network and develop new approaches for prevention, diagnostics and therapy. 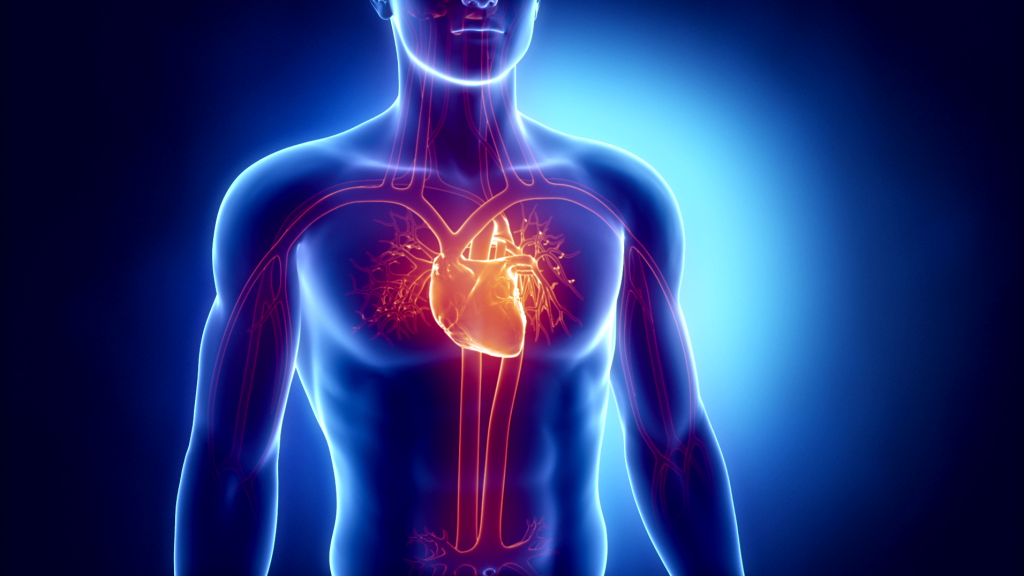 No man-made motor or engine can keep up with the capacity of the human heart: In the course of an average human life, it beats about three billion times, pumping more than two million liters of blood through the body. And it does so all without stopping and without regular maintenance.

Diseases of the heart, our most important muscle, may be perceived by the public as easy to treat. For decades, however, they have been the most common and widespread cause of death worldwide. For these reasons, research groups around the world to search for new insights to further reduce cardiovascular diseases.

Basic researchers are focused on deciphering the genetics behind the disease. They want to gain an even better understanding of what happens at the molecular level in the development of cardiovascular diseases. As a result, these researchers are working on a range of questions.

With answers to these questions, the researchers will be able to derive new diagnostic methods and new therapeutic starting points.

The most feared event caused by cardiological diseases is the heart attack. Experts attribute the modern reduction of serious or fatal infarctions to, among other factors, the increasing ease to medically lower high blood pressure. But researchers are also focusing on other risk factors in order to prevent the development of heart attacks. The key to their defensive approach is the plaque that forms as a result of fatty deposits in the walls of the heart’s blood vessels. When this plaque bursts open, blood platelets accumulate, blocking the vessels and leading to an infarction.

This process – called atherosclerosis – is a chronic inflammatory process in which immunocompetent cells are also involved. In Western countries, atherosclerosis is the most common cause of disease and death. In 2016, 440 women between 55 and 60 years of age throughout Germany died as a result of a heart attack (myocardial infarction). In the same age group, the number of deceased men was more than four times as high at 1,820. Of the total number of people who died of a heart attack in Germany this year, 28,130 died of men and 20,539 of women. Current research projects are therefore focusing on better understanding the importance of the growth factors and cells involved in atherosclerosis. If the formation and rupture of the diseased plaques could be stopped, heart attacks would not occur in the first place.

Scientists are also working on how best to restore the heart’s pumping capacity after surviving a heart attack. This is because an infarction causes cells in the heart to die and scars to form that impair its function. Thus, scientists are working to improve the regeneration of the heart after an infarction: Studies indicate that certain immune system cells play a central role in this process, which is controlled by signal molecules. If it were possible to activate these signal molecules, it could open up promising options for the treatment of heart attacks.

In the case of heart diseases and their therapies, however, it’s also important to avoid looking at the organ “heart” in isolation, and instead consider concomitant diseases – comorbidities – of other organs such as the kidneys and lungs. As one example, decreasing kidney function increases the risk of cardiovascular disease, just as heart disease can lead to reduced kidney function, since heart and kidney are, physiologically, closely related. The same close relationship applies to the heart and lungs, which are connected to each other via the vascular system: Diseases of the heart and the lungs are also closely connected, since the heart and lung system influence each other. For example, chronic lung diseases or vascular changes in pulmonary hypertension have an effect on the heart.

Cardiac arrhythmias are another research focus. These arrythmias impair the quality of life, and – in the case of atrial fibrillation – they can also be fatal if a stroke occurs due to a blood clot in the atrium. But so far, researchers only have a rudimentary understanding of the underlying electrophysiological mechanisms that cause the heart to lose its rhythm. In the meantime, however, publications are increasingly describing genetic defects that lead to hereditary forms of the disease. A deeper knowledge of the connection between genetic defects and the development of atrial fibrillation promises new insights into basic mechanisms of disease development.

Heart failure, also known as cardiac insufficiency, is also a major focus of the researchers. The damaged heart is no longer able to pump enough blood through the body, resulting in significantly reduced performance. Although the progression of the disease can be stopped, there is currently no causal treatment and, therefore, no cure. Although the researchers know that the heart muscle cells are altered, what happens during the disease process at the molecular level is not yet sufficiently known. By directly comparing the genetic profile and protein patterns of cells from healthy and diseased heart tissue, the scientists hope to gain groundbreaking insights that can assist them in developing molecular therapeutic approaches that target the cellular areas where each heart muscle is weak.

Scientists and physicians are also looking for ways to regenerate a weak heart. This involves replacing diseased heart tissue with new heart cells that are cultivated from stem cells in the laboratory.

The Heart in Relation to Overall Health

An important area for further improving the diagnosis and therapy of cardiovascular diseases is also the research and development of specific biomarkers. These help to identify disease risks at an early stage, possibly before first symptoms appear, and to take immediate therapeutic measures. The course of the disease can also be assessed using suitable biomarkers. Biomarker development, for example, is one of the focal areas of the Kerckhoff Clinic in Bad Nauheim. Scientists there are building a comprehensive patient register and a biomaterial database in order to be able to research biomarkers even more intensively.

Lung and heart medicine and the improved understanding of the heart-lung system is also a focus area of the Central Hessen Research Campus. New approaches for prevention, diagnosis and therapy are being sought there. For example, scientists at the University Hospital Giessen and Marburg (UKGM) and the German Centre for Lung Research, which is coordinated from Giessen, are investigating mechanisms that lead to resistance to oxygen deficiency at the cellular level. They want to find out how the adaptation to oxygen deficiency, which occurs in many cardiovascular and lung diseases, can be accelerated.

What may be less well known to the public is chronic pulmonary hypertension – also known as pulmonary hypertension. This remains a life-threatening disease of the lungs and heart. Researchers in Central Hessen want to better understand this severe lung disease and develop new approaches for prevention, diagnosis and therapy. For this reason, the European Union is funding a new, innovative and large-scale project to investigate the molecular basis of pulmonary hypertension: Dr. Soni Sanai Pullamsetti, molecular biologist and group leader at the Max Planck Institute for Heart and Lung Research in Bad Nauheim and the Institute of Internal Medicine at the Justus Liebig University Giessen (JLU), has succeeded in obtaining one of the coveted ERC Consolidator Grants from the European Research Council. This research prize is endowed with two million euros. Dr. Pullamsetti’s project, “Restoring Roots,” is intended to help clarify the molecular mechanisms of the disease.

Dr. Pullamsetti aims to look for ways to influence the activated vascular wall cells in such a way that the progression of the disease could be stopped, or even reversed. In doing so, she will build on the hypothesis that pulmonary hypertension is caused by molecular processes that were already active during embryonic development. “A whole range of developmental genes are active in connection with pulmonary hypertension. These form a network and influence each other,” explains Dr. Pullamsetti. Her goal is to decipher these gene networks, with the hope of better understanding the underlying molecular processes and finding starting points for new therapies. However, the researcher also hopes to use the EU funds “to look for new biomarkers that might help to better diagnose the disease,” she adds.