Ladybirds as treasure troves for antibiotics or maggots as biosurgeons and wound healers: Insects possess extraordinary abilities. For this reason, scientists at the new Fraunhofer Institute for Bioresources in Giessen are investigating what contribution insects can make to the future of medicine. These experts in insect biotechnology have already demonstrated their first successes.

Learning from insects means learning to win: This is the thesis of Prof. Dr. Andreas Vilcinskas, when he explains his research to humans – and goes into more detail about his animals in the laboratory. This zoologist talks about beetles, moths and mosquitoes and their larvae – and how these might soon provide important source for medicine development. Listening to the future director of the Fraunhofer Institute for Bioresources in Giessen, one recognizes the hidden talents in six-legged animals. “Insects are the most successful life form on our planet. There are over a million species,” says Vilcinskas. But even at the molecular level, insects are extremely diverse, resembling a treasure chest filled with active ingredients: “This will also benefit medicine in the future,” says the researcher.

Healing wounds without a scalpel

Vilcinskas has been passionate about butterflies since his childhood and is a passionate entomologist – in other words, an insect expert. And Vilcinskas also coined the term “insect biotechnology” or “Yellow Biotechnology” – derived from the insect’s yellow-colored blood, the hemolymph.

The aim of his research is to develop and apply biotechnological methods to convert insects or individual molecules of insects, cells, organs or microorganisms into specific products or services. Vilcinskas already has a large number of concrete examples: “It is well-known that inflamed tissue heals up to 18 times faster with the help of so-called wound maggots.” The animals release a secretion with which they dissolve dead tissue, including bacteria. This is a highly complex mixture of 47 antimicrobial substances. “These include active substances that have been developed for use in wound dressings, ointments and plasters,” says the zoologist.

Another example is the Asian ladybird. In Germany, for example, this tiny beetle was used to control aphids and has since increased so rapidly that it has displaced the native species. Vilcinskas and his team concluded that the invasive beetle has a particularly powerful immune system since it has to cope with unknown germs. The researchers also identified a key substance: harmonin. This molecule showed an effect against tuberculosis, schistosomiasis and malaria pathogens. Harmonin also serves as a chemical framework for researchers to develop new drugs, including antibiotics against multi-resistant bacteria. Together with experts from pharmaceutical company Sanofi, the researchers are now trying to make this insect active ingredient fit for usage. However, says Vilcinskas, “just finding the active ingredients is not enough. We always have to think about production on a larger scale.” For this reason, Vilcinskas is cooperating with Professor and Doctor of Engineering Peter Czermak, from the Institute of Bioprocess Engineering and Pharmaceutical Technology at the Technical University of Central Hessen. “For example, our colleagues are genetically reprogramming insect cells so that they can be cultivated in a bioreactor and produce the desired drug molecules,” explains Vilcinskas. The insects’ active substances could soon be used as starting materials for the pharmaceutical industry.

The insects are not the only treasure trove of potential medicines. Even microorganisms from the intestines of beetles and maggots are powerful ingredients in their own right or can be used as the starting point for new medicines: The ‘carrion beetle’ is one such case. This animal can use its antennae to detect the smell of carrion over a distance of several kilometers. If, for example, this beetle finds a dead mouse, it conserves it with a special secretion because it later feeds its larvae with the carcass. “We found a number of preservatives in its saliva that might also be of interest for the food industry,” said Vilcinskas. “The carrion beetle thus protects the mouse carcass from decay. At the same time, this insect harbors special bacteria and fungi in the gastrointestinal tract that help preserve the mice.” As soon as the beetle has laid its eggs, it releases another secretion that liquefies the dead mouse – thus making this ‘food’ available for the beetle’s offspring. The researchers also hope to identify these enzymes and active substances in order to develop them for industrial applications.

When the entomologist talks about his research projects, it becomes clear that he will not run out of ideas anytime soon. “I am a person of conviction,” says the zoologist. With his commitment, he has made Central Hessen a unique worldwide hotspot for insect research in recent years.

Thanks to Hessian research funding, a flagship project was created at the Justus Liebig University in Giessen: the LOEWE Center for Insect Biotechnology & Bioresources (ZIB), a global pioneer in this field. The insect biotechnologists in Central Hessen combine expertise and successful research. Over the past six years, the scientists have received 36 million euros in research grants from the Hessian Ministry of Science and Art (HMWK) and raised an additional 14 million euros. 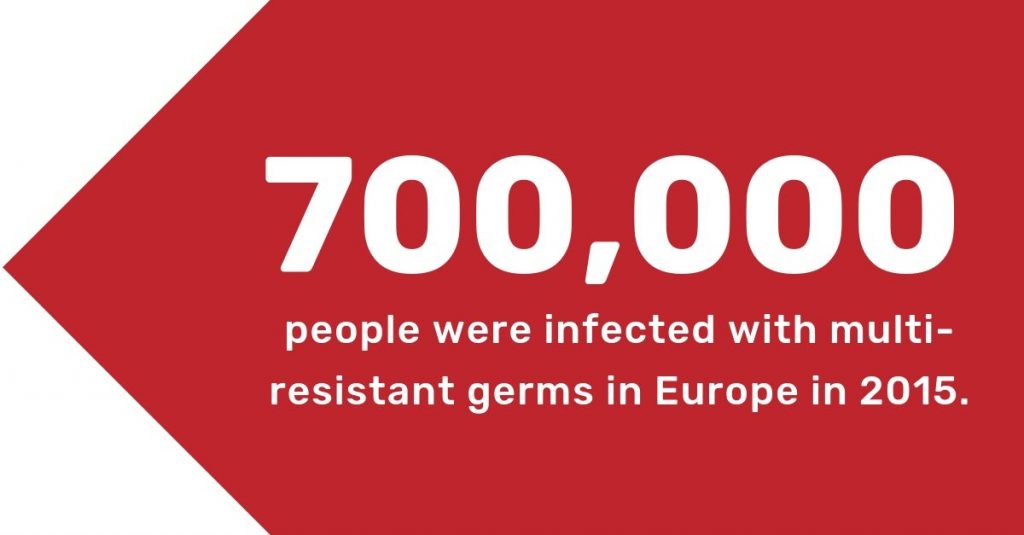 The “Yellow Biotechnology” research area is also the linchpin of the new Fraunhofer Institute for Bioresources, which is currently being established in Giessen and headed by Vilcinskas. In close cooperation with the ZIB, the institute will further develop the innovative and economic potential of insect biology. This is a link between academic research, technical universities, product developers and industry. The original ten Fraunhofer employees in 2010 have now grown to more than 100 who are investigating the talents of beetles, bees and other insects in all their facets. Hessen and the German federal government have invested 30 million euros in building the new Fraunhofer Institute, which is currently under construction and is due to be occupied this fall (2019). For the scientists and the location of Central Hessen, one could say that they are learning how to win together – with the help of insects.

Zoology Prof. Dr. Andreas Vilcinskas established the Fraunhofer project group “Bio-Resources” in Giessen in 2009. It is the first operational unit in Germany and Europe to focus its research on insect biotechnology and open up new areas of application. With the project “Insect biotechnology,” funded by the Hessian Excellence Initiative LOEWE, the group is pursuing the identification and development of enzymes and antimicrobial peptides with application potential in industrial biotechnology, medicine and plant protection as its overriding goals.